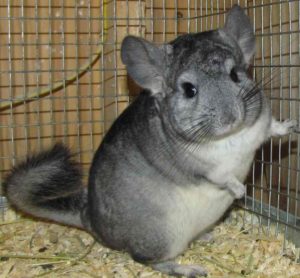 Chinchillas are rodent species native to the Andes mountains in South America. They are known for their dense, velvet-like fur making their pelts a most sought after material in the fur industry. In fact, domesticated chinchillas are bred for this use because the poaching of wild chinchillas is now prohibited.

Apart from their fur, the chinchillas are also gaining popularity as exotic pets. While they may look cute and cuddly due to their fuzzy fur, chinchillas are more difficult to take care of than ordinary household pets because they are very temperature-sensitive and get easily stressed by their environment. They also chew on everything and even bite when they feel threatened to make them unsafe for households with young kids.

Nevertheless, many individuals still find chinchillas great pets and would take them anywhere they go. However, shipping these animals require special precautions to ensure that they arrive in their new location safely and healthy.

Because of their fragile and temperature-sensitive nature, most commercial carriers such as FedEx, UPS, and USPS, do not allow the shipment of these animals. The best way to ship chinchillas is to drive them to their new location yourself or hire a professional pet transportation service to do it for you. These types of companies provide pet transport services from door step to door step so you don’t have to worry about your furry friend. Most of their personnel are well-trained and experienced in providing the best care for your pet during transport, which could be by ground or airline.

For long-distance destinations that require flying, some airlines allow animals including chinchillas to be brought in the cabin with its owner or handler as long as the proper carrier is used. It is best to contact your airline in advance and inquire if they allow bringing a live animal with you in the cabin. Having your chinchilla in the cabin with you is the best option because your pet will not be exposed to extreme temperatures and other stress-causing factors.

Some airlines may only allow live animals in a special cargo area with all other pets. However, this may not be a good environment for your chinchilla because of the uncontrolled temperature. The noise from the aircraft engine and the presence of natural predators like dogs, cats and snakes, can also stress out your pet. Furthermore, animals in cargo are more likely to hang out in cargo loading docks during transfers exposing them to sun, heat and rain, which can be detrimental to chinchillas.

How To Ship - All Rights Reserved.